Spondylolisthesis scapegoat conditions take blame for causing pain, when they are really innocent. Most mild (grade 1) to moderate (grade 2) listhesis is asymptomatic, which is a fact proven by years of clinical research and practical medical experience. However, this does not prevent some care providers from incorrectly implicating vertebral migration syndromes in causing pain and other neurological effects, much to the detriment of the misdiagnosed patient.

Virtually any structural abnormality in the spine can act as a scapegoat. This truth was famously propagated by Dr. John Sarno and has since been accepted by most enlightened healthcare providers. Sarno even makes several references to the idea that “atypical structure does not accurately predict pain” in his literary works. This proves that doctors have not only long embraced this idea, but also have been educated to accept it since the inception of modern medicine.

This vital essay explores the concept of scapegoat cases of listhesis being unfairly deemed causative for pain. Although the vertebral slippage surely exists, it may simply be incidental to any pain that is present and chronically expressed. We will investigate why scapegoats continue to take blame for chronic pain today, despite massive amounts of evidence that they are generally harmless.

Spondylolisthesis and Other Structural Scapegoats

Herniated and degenerated discs are the classic scapegoats for back pain and account for the vast majority of misdiagnosed conditions. Science has definitively proven that common disc abnormalities are almost universally innocent of causing chronic pain, even if they are capable of producing short-term symptoms.

Hyperlordosis, hypolordosis, hypokyphosis, hyperkyphosis and scoliosis are all atypical curvatures of the spine that may take blame for causing pain when they are not inherently pathological.

Osteoarthritis and its general effects of stenosis, spur formation and overall structural deterioration are very common scapegoats that are often innocent of creating any symptoms at all.

Ligamentous conditions, such as hypertrophy and ossification, may be innocent in some examples and only entail structural changes rather than pain-inducing conditions.

Short leg syndrome is a classic scapegoat often used mostly by chiropractors to justify treatment for complete non-issues that medicine does not even recognize as true abnormalities of the spine.

It should be noted that all the conditions above can create pain in rare cases. These conditions are not inherently pathological, but can become so, which is why they serve the role of scapegoat so perfectly. Spondylolisthesis is no exception to this rule. In most insignificant classifications, listhesis should not be blamed for pain and when it is, the case usually turns out to be a scapegoat example of misdiagnosis. However, in most significant classifications of 3 and 4, listhesis certainly can be the real origin of back pain and this discomfort is just the beginning of the symptoms that may be enacted in the anatomy.

Severe vertebral migration can often be linked to definitive spinal pathology, such as symptomatic versions of spinal stenosis, foraminal stenosis, facet joint syndrome or some other form of dysfunction. This truth can also be applied to virtually all scapegoat conditions, as well. In these profiles, the condition is the true source of blame, accounting for a single case in the total patient population that might demonstrate innocent versions of the same diagnosis, but in a less severe form. In essence, these truly symptomatic cases represent a small patient population in a much larger group sharing a similar or identical diagnosis where the condition is asymptomatic, but might be incorrectly blamed for creating incidental pain.

Why would spondylolisthesis, or any structural spinal condition, act as a scapegoat? What is the motivation to implicate listhesis as a source of suffering when it is actually not the underlying cause? These are complicated questions and the answers provide truly disturbing glimpses into the failures of the modern medical juggernaut.

Some care providers rely on antiquated philosophy when diagnosing and treating spondylolisthesis. They might have been educated long ago, in a time when many scapegoat conditions were considered universally pathological. If these doctors do not care enough to update their knowledge base to reflect the past 40 years of progress, then you should avoid them like the plague.

Some doctors are “people-pleasers” or egotists and refuse to tell a patient that they do not know what is wrong with them. They would rather blame a condition that can be verified visually, despite having no proof of pathology, rather than admitting that they are puzzled by the pain.

Many, many doctors utilize the power of the nocebo effect, combined with incorrect theorization about the true cause of pain, to force patients into treatment, despite a lack of need or indication. Basically, these doctors will demonize whatever structural abnormalities are found and find ways of describing how they might be problematic, despite having no proof that the conditions are indeed painful. This worst category of poor caregivers should not only be avoided, but should be reported, ostracized and penalized for placing greed above the truth of science and as a priority to the health of their patients. 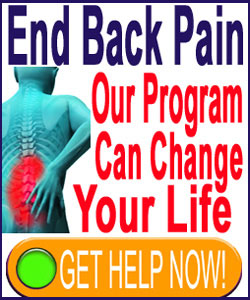 This website is provided as a gift by The Cure Back Pain Network. We are the largest and most respected patient education and advocacy organization in the back pain sector. We are proud to help patients for over 15 years by offering completely free, objective and expert-written content.
Learn more about us.

If this website has helped you in any way, please pass it forward.

Learn More About Us

The Cure Back Pain Network is the world’s largest and most respected patient education and advocacy organization, helping people for free since 2006.